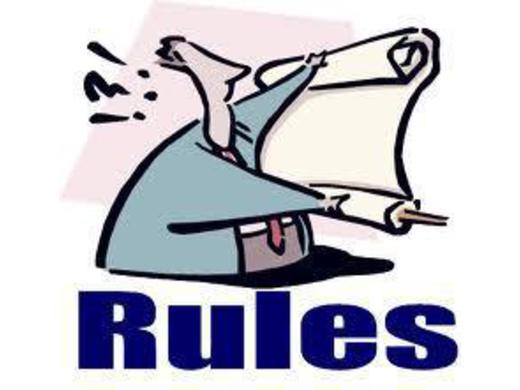 Each team wishing to enter the league must attend the AGM with their team entry form and the all inclusive entry fee. Cheques should be made payable to Nailsworth and District Skittle League.

Any team wishing to propose a rule change, or a new rule, must notify the league secretary 7 days before the AGM

Voting at the AGM will be 2 votes per team

2. Payers Registrations-Each team must send a completed player registration form to the fixture secretary before the first day of the season. Any further players must be registered BEFORE playing. No player can play for more than one team in the Nailsworth League but may play for other teams in other leagues. Any player wishing to be transferred must notify the fixture secretary by letter bearing both signatures of both captains. No player to be transferred after 8th January. Any player banned from any pub/club is automatically excluded from playing at that particular venue. Substitute player must be used. If players play in a match that have not been signed on prior to the start of the game their scores/points will be deducted from the end result.

3. Rules of play - Matches must commence by 8.15 PM, played by eight players of either sex, bowling eight legs alternatively across the board. The team scoring the most pins is the winner.

4. The home team is to provide the skittle balls (wooden or composite), the sticker and marker. The home team must put their team names on the scoreboard first, including the team drawn at home in all cup games. The front pin should be clearly identifiable at the beginning of the game.

5. The ball must contact the alley before the white line, with no regard paid to the back line on any alley. A lines person can be appointed before the game starts, if agreed by both Captains. Any ball that contacts the side of the alley, and then hits pins, those pins stay down and do not count. Pins knocked down or clear of the frame of the pins only to count. In end of season competitions where a committee member is in attendance as an official lines person, that official has the right to call a no-ball against anyone deemed to be bowling over the line.

6. If a player arrives late and two legs are completed, these are forfeited. In league games a player wishing to leave early may bowl off two legs at a time, if agreed by both captains, this is restricted to one player per team. In cup games no player is allowed to leave before the end of the game.

7. Two points are awarded to each player beating their opponent's score, a tie being one point each. There are four points for the highest total pins, two each for a tie, making twenty points per game. Should two or more teams tie on points for league places, the points gained between the teams concerned in their two fixtures will decide. If equal, aggregate pins floored will decide. If equal, they will be a bowl off.

8. Should any query arise during a game, it is the duty of both captains, who are in charge of the game, to make a fair and just decision. If unable to do so, both must send a written report to the League committee.

8.1 – Following the restrictions being lifted in respect of the COVID 19 virus.  As we are mindful that players may need to self isolate during the skittles season, especially those that live in the same house.  Therefore, where you are unable to raise a team of 8 players, the league will permit a minimum of 6 players to play.  The lowest individual score for that leg, from either team will be entered as the score for both positions.  These scores must be entered against players 7 and 8.
9. It is the responsibility of the home team to get the result of the game to the Fixture Secretary by the SATURDAY in the week in which the game is played. Result cards must be posted the day after the game is played. Failure to do will result in four points being deducted. Results of Thursday and Friday games must be phoned/text or e-mailed to the fixture secretary on Saturday morning, with overall points, pins total and top scorer for each team with their individual scores and highest spares with players name.

10. POSTPONEMENTS-The fixture secretary must be notified of all postponed matches and re-arranged dates.

If the match is played within 7 days either side of the original fixture date, the committee reserve the right to waive the £15 postponed fine.

All postponements will be notified by the fixture secretary to the committee, who reserve the right to deal with any team responsible for postponing a fixture. In the event that both teams cannot agree new dates the committee will impose the new fixture date (and neutral alley if necessary) and may deduct 6 points from the postponing team at their discretion.

No team can postpone any CUP GAME, if postponed the game will be forfeited by the cancelling team.

NOTE: There is no problem bringing games forward if both teams agree, please notify the Fixtures Secretary as soon as possible.

The home team will supply the skittle balls, sticker and marker in all cup games except the semi-final and final. The cost of the sticker is shared by both teams in all cup games.

In the event of a tie, teams will play an extra leg.

The team drawn at home put their names on the scoreboard first.

13. The Stan Short memorial Trophy is an ordinary skittle competition played by all teams who failed to win the league or a cup competition in the previous season. Winners of this competition cannot enter the competition the following year.

If teams are tying on pins at end of the league game, an extra leg must be played until there is an over all winner on pins to decide the winner of the Mark Smith Cup result. The league match result will be over the first eight legs.

15. Teams that are out of the three of the four competitions which are Mark Smith/Front Pin/ Fred Harris & The Lindsey Aldridge Nomination cup will automatically be entered into the Harry Shelton shield.

16. The Captains cup is a mixed competition, one winner and one runner up

17. A competition for the stickers will be held at the end of the season, this will include a winner and runner up.

18. The over 60's competition for men and women will play for the Mervyn Painter cup, this will include a winner and runners up trophy.

19. Mixed pairs - One man and one women at least one of whom must be a registered N&DSL player may enter in to this competition.

20. Fred Harris Cup is a Knockout Cup of ordinary skittles played by all teams.

21. 70% Of away games must be played to qualify for highest away average. This will be calculated by the fixture secretary.

23. Rules for nomination skittles - The player must nominate the pin they intend to strike first, with each ball. The nominated pin and any others falling at the same time will count.

24. Trophies are awarded to the men and women who score the highest score and spare of the season in front pin, nomination cup and league games. Anyone scoring an 18 spare will receive a trophy (League, nomination and front pin games only).

25. Trophies - Teams winning team trophies must have them covered by insurance, if not they must be returned to the committee immediately after presentation night. Teams who keep trophies must return them by 1st April. Trophies not returned will be collected by a committee member and this will incur a minimum fine of £5.00. Trophies not collected on presentation night will be available at the AGM if not collected at this time they are forfeited. Winners of the wooden spoon will not receive any individual prizes.

26. The committee shall have the power to deal with any matter not provided for in these rules.
www.nailsworthskittlesleague.c...